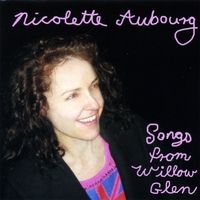 From the recording Songs from Willow Glen

City of Angels
(I lived in the Hollywood hills for a long time. I found the natural images and the creative history of the people who’ve lived there very inspiring…)

The ghosts of the hills hang their misty breath
on trees that wait for rain.
Red-tailed hawks bear the cry of idols
long since gone, -
now immortalized
in digital.

The mystery of the hills as they wind within
the secrets of the minds of that dwell therein,
will deepen still, deepen still.
And the trees that brace the desert sun
forget their roots that began in different lands,
and call this their home.